Climbing a mountain. All for a down-to-earth dish.

Climb every mountain,
Ford every stream,
Follow every rainbow,
Til you find your dream.

“You don’t know your ass from a hole in the ground.”

People had been saying it to Don Day for years. And they were right.

But not any more. Thanks of all things to a burro trek up a Mexican mountain. And one very knowledgable teacher.

That teacher was the main reason I decided to do this Mad Dogs and Englishmen thing one very hot and sunny afternoon. And why I was humming a little Rodgers and Hammerstein. Because the teacher was also a chef and, whenever chefs take you on a trek, I figure there has to be food.

The name of the teacher and chef was Juan Manuel Reyes Patlan, better known as Denver to those who frequent his restaurant Olivo Verde. 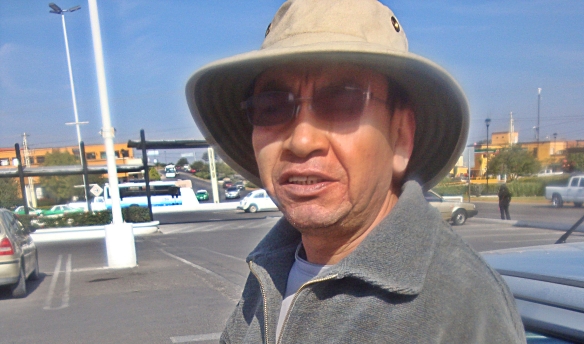 We met Denver at the Mega supermarket parking lot. Stan and Peggy Jones were my trekking companions along with their visiting son Andy and his girlfriend Sam (Don Day’s Wife had conveniently found a cooking class to attend). Our destination was Cabras, an old farming village a few kilometres south of San Miguel de Allende and a much older settlement about an hour higher where, hundreds of years before, an Aztec tribe had left pictographs on the wall of a cliff.

Cabras used to be a popular tourist destination but the owners of the land have recently closed the path that leads to the top and access to those drawings. They’re afraid that what few oaks were left might find their way into a San Miguel fireplace.

Denver Reyes Patlan was born in San Miguel de Allende and the hills around the town were his playground when he was a kid. He still runs a few miles through them almost every day and he respects the land like a man who’s lived exclusively off it. The locals trust him enough to still give him access to the path to the pictographs.

We parked the cars and Denver went off to get chocolate. Yes, chocolate. The very same food that had lifted Moctezuma’s spirits many times each day so that he could service his wives. Obviously it was to provide us with the energy required to complete the climb. 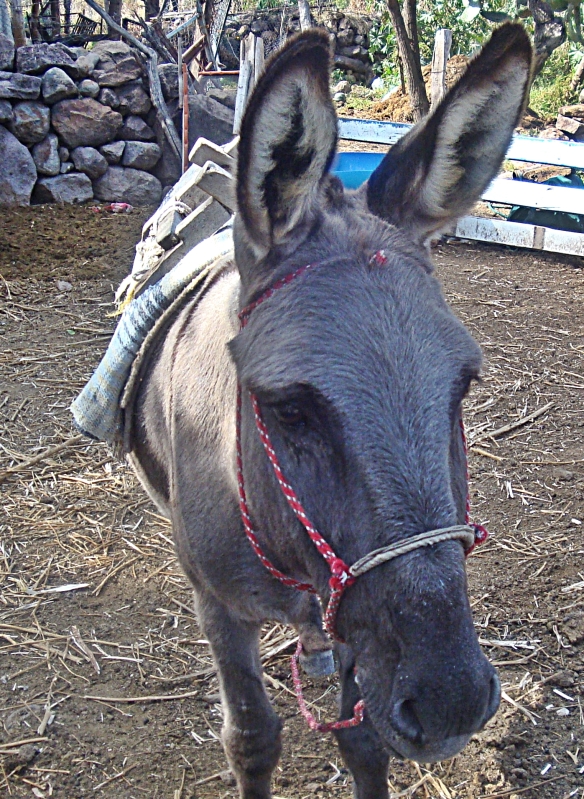 When Denver returned instead with a burro I was a little surprised. When he told us the burro’s name was Chocolate I sulked. Ah well, at least Denver was now loading some bags on Chocolate’s back with what definitely looked like food. 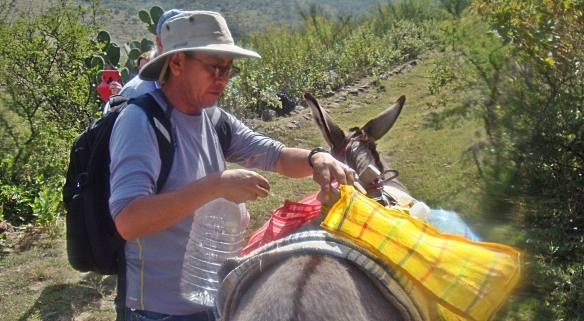 I learned a lot of things on the trek. One of the first things I learned was to love loquats. They’re the little yellow fruits you see on Day of the Dead altars. The ones usually still attached to twigs. Mexicans call them nisperos. Denver called them misperos, apparently a regional variation on the spelling. 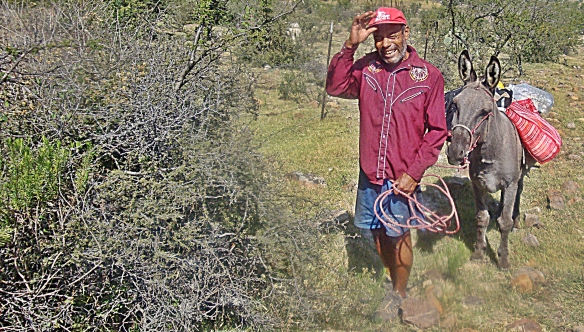 So did we come across a loquat tree on the way up the mountain? No, we came across Adam, a local in an embroidered satin rodeo shirt and the only other human being we saw on the climb. Adam had a heavy pail of loquats and didn’t appear to be selling them, only wanting us to share in the pleasure of eating them.

So why isn’t the loquat or nispero or mispero more popular? I think it’s the fiddling time that hurts it. The fruit has a lot of seed that takes a lot of time to remove. I’d guess about 30% of it is seed. Plus it’s tough to find loquats at the peak of ripeness and sweetness. Unless you’re in the middle of nowhere and happen to run into a guy with a big smile called Adam. 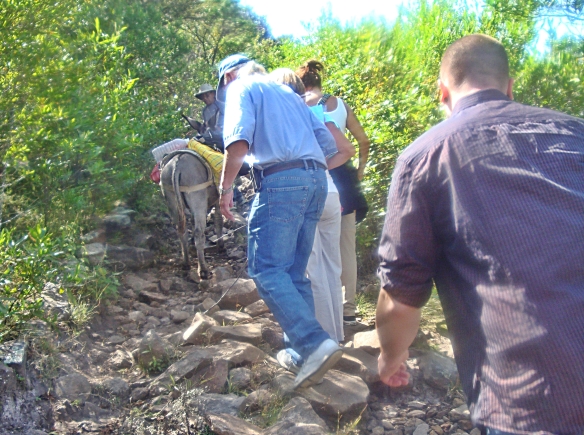 As we clambered our way up over the rocks, Denver constantly pointed out plants and what they were used for. 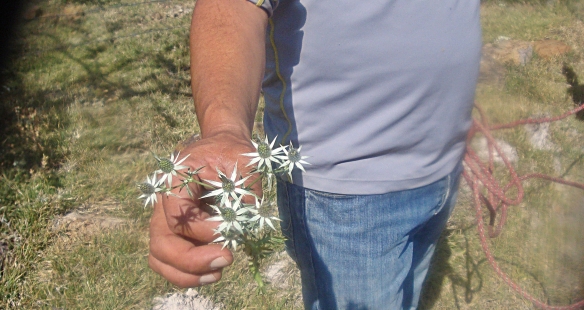 Hierba del sapo, a plant that I knew as eryngium when it’s in an ornamental garden could be used to lower my cholesterol and triglyceride levels.

Sangre de grado, or dragon’s blood could be used as a liquid bandage.

About a half way up the ever steeper hill, I learned a tea made from garambullo berries could help stomach upset. 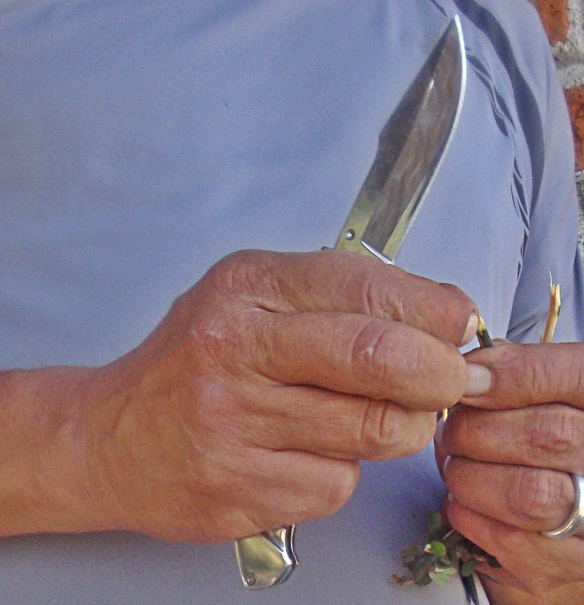 Palo dulce, or sweet stick, didn’t seem to have much medical use. But who cared because it tasted like licorice.

I then saw something growing in a crack in the limestone and became very excited. It was peyote. All I ever figured I lacked in order to write the great American novel. Just like when Ken Kesey penned “Cuckoo’s Nest” under its influence.

I thought but I was wrong. Denver told me that peyote wasn’t that spiny (yes, I wondered how he knew so much). And the government had ripped it all out about 30 years ago.

Ah well, there was still something else good to eat as Denver dug into the ground to show us how small a wild jicama root was before it was hybridized into almost soccer ball size proportions.

There were wild flowers everywhere. Cosmos, an annual that I’ve never been very successful at growing in my rich Toronto soil, was growing out of rocks.

We saw sage that had the brightest of cardinal red flowers. And near the top there was a sea of blue sage.

The flowers were beginning to be replaced by pods and I knew that inside would soon be the seeds that health foodies know as chia.

Finally we were at the summit where the opuntia tapona was growing. This cactus can be used as cooking vessels by cutting a pouch in one of the paddles tucking chorizo, vegetables or eggs inside before it’s placed on an open fire. 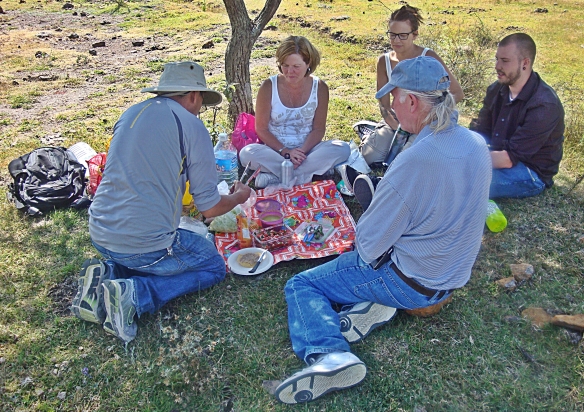 But we were not having a hot meal (that would come later). Denver had brought tostadas and, for toppings, refried beans, the sweetest of tomatoes, onions, lettuce, jalapeño peppers and a wonderful salsa verde. 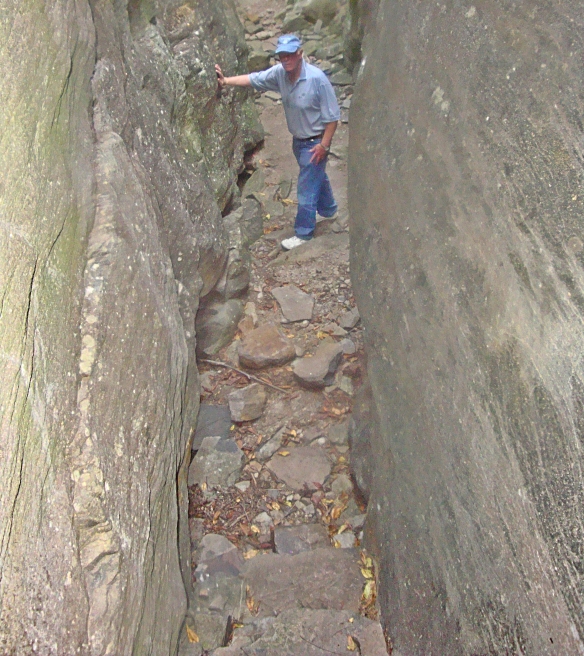 But as we had now reached the top of the mountain, where were these pictographs? Well for that we had to go back down. Into a very deep but not very wide chasm and past a cave which was once someone’s living room. Peggy Jones (and Chocolate) had decided to pass on the descent. And I was ready to back out too. But when Stan Jones, who has almost as many years on his calendar as Don Day, started down, I, of course, had no choice but to follow.

We rounded a bend at the end of the crevice and finally we were there. Whatever was used for paint had faded but you could still make out a lizard. A horse. Another that we weren’t sure of but might have been a jaguar. 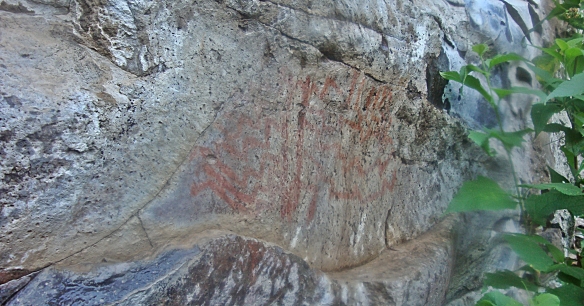 Going down was no easier than going up. There was no need now to give Chocolate a tap on his hole in the ground…sorry his ass. He knew which direction was home. And we did it in about half the time. A brief moment for one posed pic for the Jones family album. Then we were off for a promise of gold at the end of the rainbow. 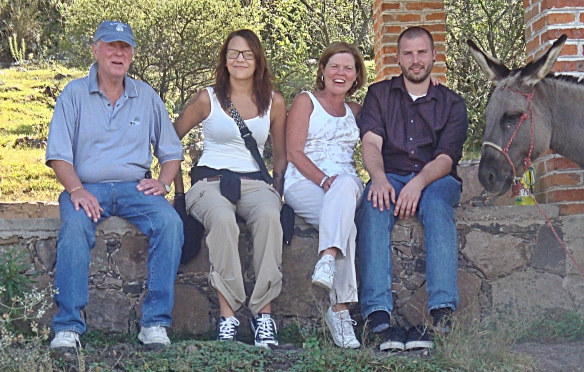 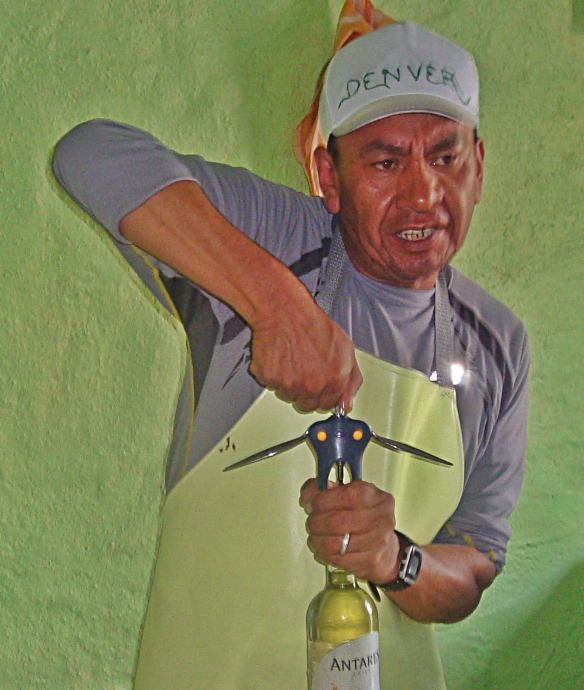 We were to meet up again at Olivo Verde where Denver would switch into his chef’s hat. For a golden nectar made from something else that grows wild around San Miguel de Allende. The restaurant had now been open for almost two years and I still hadn’t had Denver’s or, actually, Denver’s mother’s legendary flor de calabaza soup. Burro trekking day was also going to be soup day. 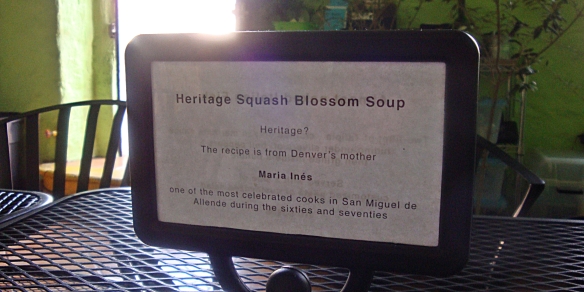 It was as promised. Rich and delicious. Combining the squash blossoms with onion, garlic, oregano, tomato and Denver’s homemade chicken broth. And, unifying the whole day’s activities, it was topped with a buttery queso de cabra made by women who lived out in the country. 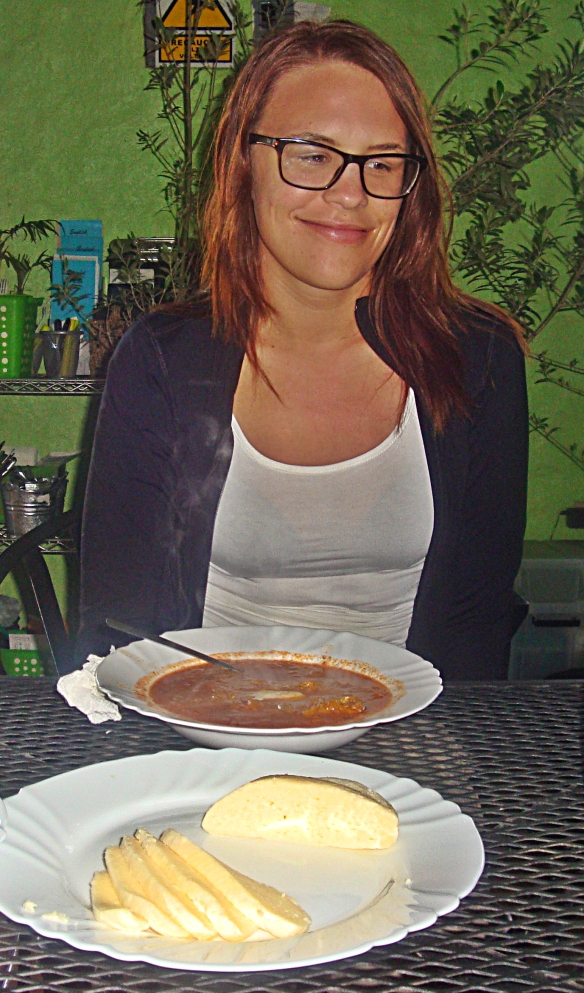 Now I mentioned at the beginning of this post that people have inferred that Don Day didn’t know his ass from a hole in the ground. Well I now know a hole in the ground is a deep chasm at the top of a mountain. And my ass. Well Denver told me an ass is just another word for a donkey or burro, so therefore my ass is Chocolate.

What more can I say.

Olivo Verde is located at Colonia Aurora #5 in San Miguel de Allende, Mexico. The restaurant is open from Noon to 8:00 pm, Wednesday through Saturday. Denver occasionally leads burro treks to various locations on days that the restaurant is closed, with Tuesday usually the best day to try to talk him into it. You can learn more about Olivo Verde at denversgo.blogspot.com. And more about Burro Trekking at burro-trek.blogspot.mx.